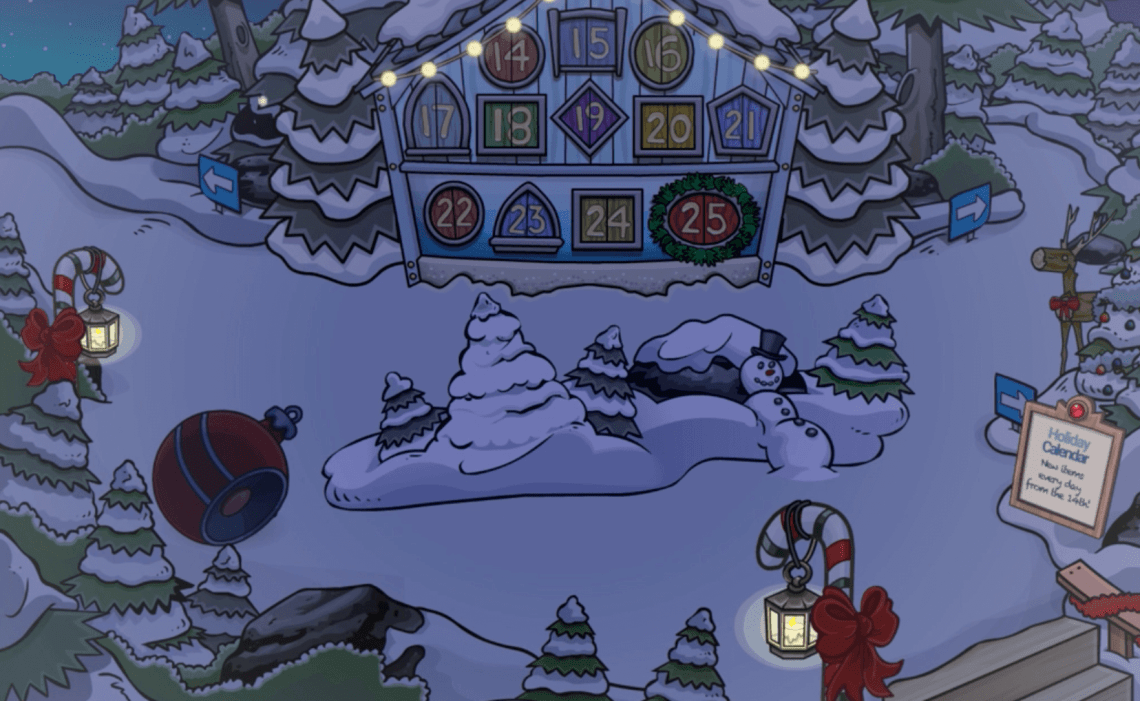 A range of information and sneak peeks have been released by the Club Penguin Rewritten team regarding the Holiday Party planned for this month! They have chosen to tease it as one which should hopefully be the “greatest one to remember” due to the huge amount of content planned for the event.

Similar to previous years, the Advent Calendar will be returning to the Forest, where it will be possible to receive a new item every single day starting from 14th December.

The other sneak peek provided of a room was the Beach, where the Migrator will be docked. As usual for the festive season, Rockhopper will be visiting throughout the month. In addition, the team also confirmed that they were planning to ensure that Treasure Hunt will return on the Migrator.

A more mysterious sneak peek was also revealed through the form of three blurred images. It is a bit difficult to tell for certain, but a common theory which seems credible is that the left and right image could indicate that “cookie” transformations will be present at this event.

This was a feature at the Holiday Party in 2012 which allowed you to eat a cookie, and turn either into a Frostbite, Racing Car or a Reindeer Puffle. It’s difficult to tell for certain though, simply because the images are too blurred. Equally, the centre image seems to relate to the previous sneak peek of a sketch.

Lastly, the team also announced that the amount of coins available by drilling in the Cave Mine would be temporarily doubled for the duration of the month. Thank you very much for reading, be sure to check back for more of the latest Club Penguin Rewritten news and guides!