The Halloween Party has occurred on our island every year since the game opened in 2005. Ever since Megg confirmed the party will be returning, many

players have become very excited. However, I’ve looked back at some of the most recent Halloween Parties in the game and compared them to “Old CP”. With October dawning upon us quickly, I reckon that the team would’ve begun designing the party, so now seems like a good time to put my points forward.

Is the Halloween Party as scary as it used to be?

I believe that one of they key fundamentals to a good party is a feeling that you exit the island with. The Halloween Party needs to get that balance of fun and fear. The thing is, I don’t think they managed to create that balance in the 2015 Halloween Party. Here’s the login screens from a few parties, with the more recent ones at the top.

One thing to point out is that the old ones were animated. Some had lightning effects, changed colour etc. This can be viewed on our SWFs page. 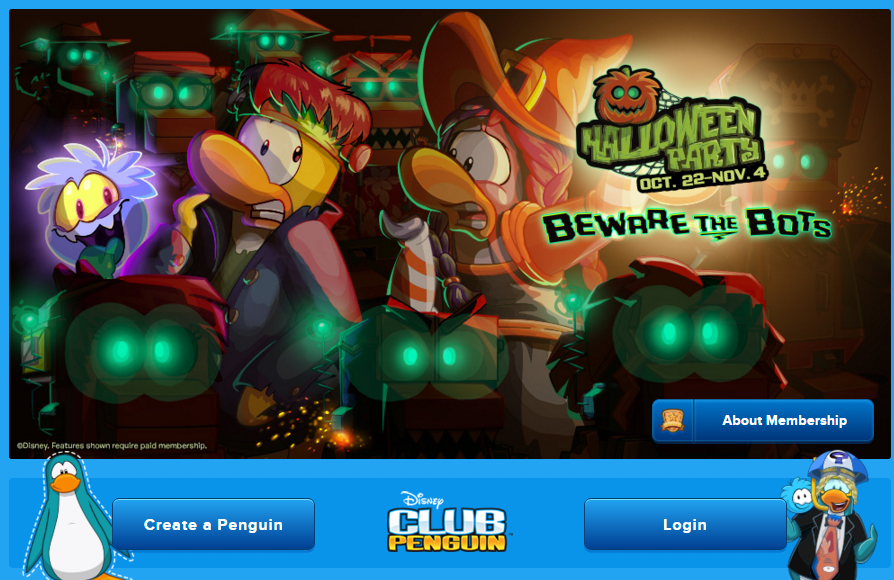 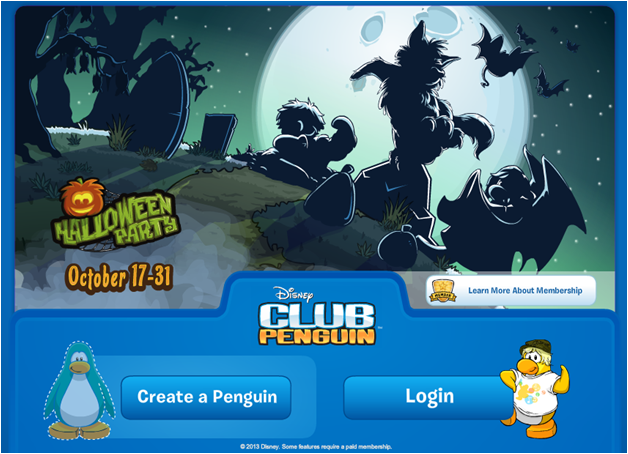 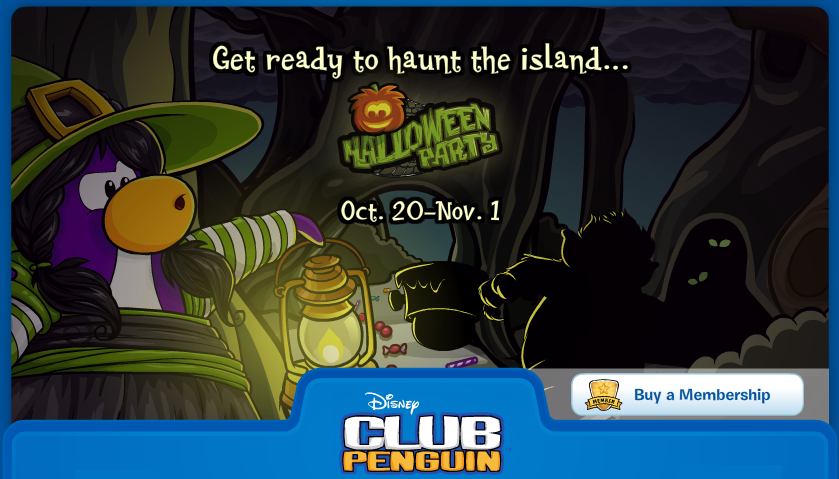 It may just be me, but I think a lantern over a dark shadow is better than “Beware the Bots”. I mean, seriously? This party is meant to be about werewolves, ghosts, bats and the such, however I don’t think bots quite did it. Club Penguin might have been trying to have a twist, but it really did not work out. 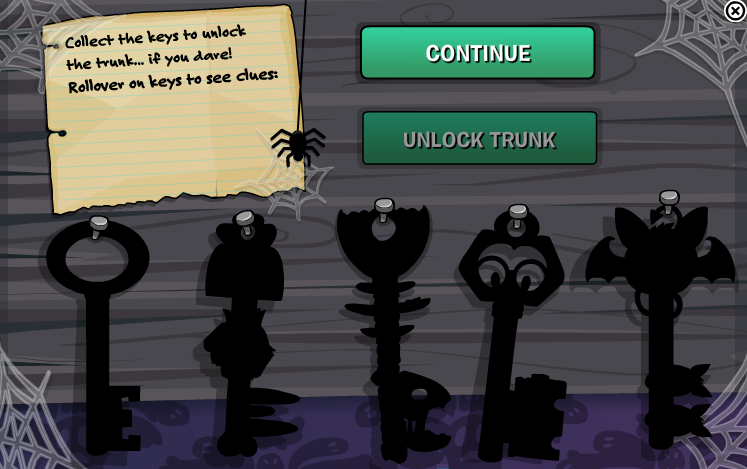 Despite all of this, I don’t want to focus this discussion on log-in screens. Although they do set the feel for the party, I think we need to move on to the content of the party. After all, it’s the content that really matters. Now, I’m not talking about room decorations though I will come to these in a minute. I’m talking about the activities.

Activities make a party. This year, we’ve adapted to the log-in, do an easy activity, claim a prize if you’re a member and repeat this cycle again tomorrow. Last year’s Halloween Party was the same. We simply logged on, got told which room an item was in, and had to find it. Then there were a few other activities but they were far too easy! 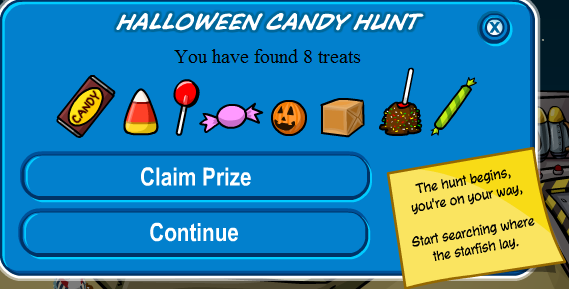 My suggestion would be to bring back a Scavenger Hunt along with the normal things. However, I’d like to see a difficult Scavenger Hunt where the things are hidden very well and there should also be a good prize for everyone – not just members.

This will satisfy the older audience as well as the younger audience as there will be things for them to do as well. However my next question is what things? What adds to the feel of the scariness yet is entertaining for everyone? I’ll leave it for Club Penguin to decide, but I’d like to remind them that they’ve hit the nail before.

The next important thing is the decorations. I’m prepared to bet that Club Penguin will reuse most the decorations from last year’s party with no more than two
new rooms. Please prove me wrong. It’s okay to use a few, but the community loves to see new rooms in the mix. Give it that “dark feel” like the graveyard a few years ago. Make it so that you can attach memories to a room. My memories with the Halloween Party is moderator meet-ups but many years ago, it was the 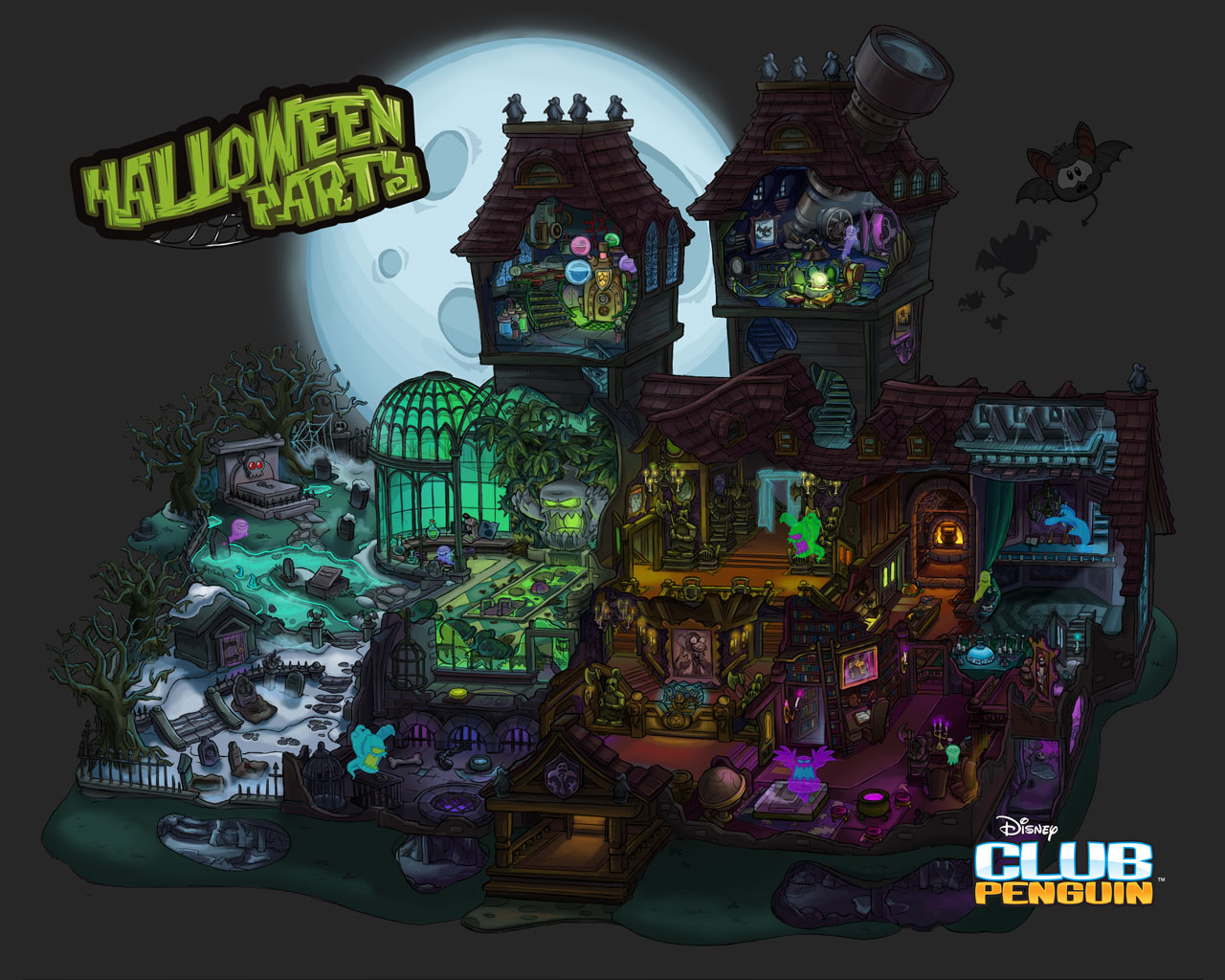 activities. Being excited to check it out. Give this feel to all parties please. I know it’s a lot to ask, but now is a great time to start!

However, what I’d really like to see is a new party room – designed just to add to that spooky feel. The Haunted House was a great example of that. The team didn’t need to add that, but they did, and the players loved it. I really hope that Club Penguin is able to do something along those lines again.

What I’m trying to say is that: make it like Old Club Penguin. So before I conclude this post, I’m just going to feature YOUR WORK. These are the trailers and sneak peeks for the previous Halloween Parties. The best thing is, this is from 2011, so it’s not exactly Old CP either.

In conclusion, yes, I do think that the parties have become less scary. However, I hope that changes this year. It will really give Club Penguin a huge boost before they go into #ProjectSuperSecret. So please, share this with the team if you agree with me. Send them an email or a tweet. Thank you!