The 50th edition of the Club Penguin Rewritten Times has been released, with some decorations and a pin being released in the Boiler Room to celebrate!

This edition also contains lots of news about plays, recaps some of the older days when the newspaper was created and also confirms the Puffle Party to be returning next month! 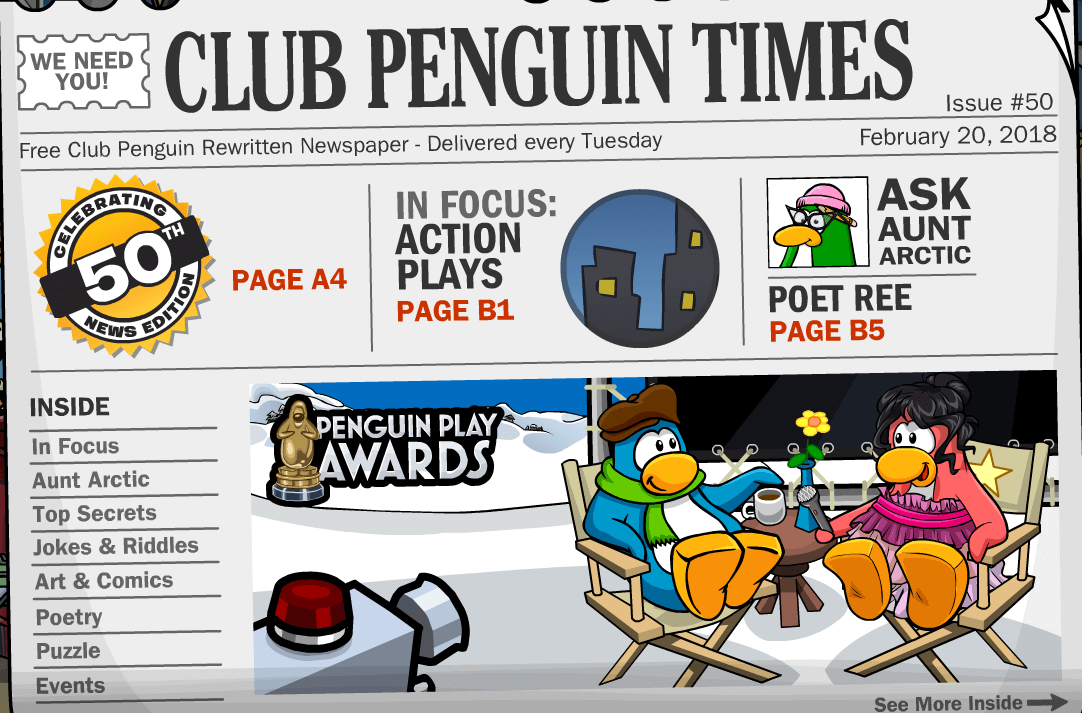 For the best experience, I would suggest reading the paper for yourself online, however as always, I will summarise the new information in this edition:

It’s so cool that there’s been 50 issues released of the paper, and I’m incredibly excited for the Puffle Party! Thank you very much for reading, be sure to check out the decorations in the Boiler Room!