Early today, Club Penguin Rewritten released a new post (which will hopefully become a series) that featured some of the changes and things which the team have been working on!

Some of the things featured in the post included a list of bug fixes which the team are intending to fix very soon! These were the bugs mentioned in the post:

The team are also aware of other bugs, such as issues with the catalogs! Along with this, yesterday, the activation email received an update with a really cool new design. You can see it below. 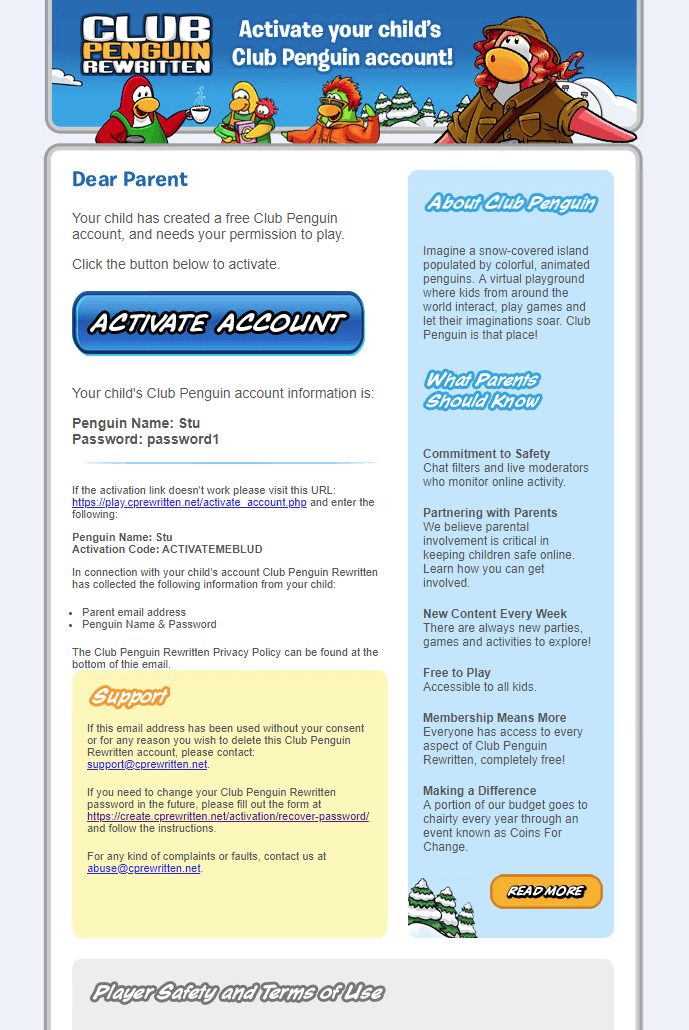 Also in the post, the team noted that a phishing email has been sent to numerous people who signed up to Club Penguin Rewritten, which falsely portrays the game and redirects you to an unsafe and untrustworthy server.

Official emails will always end at @cprewritten.net and as such, the team are highly encouraging you to report any other emails claiming to be part of the Club Penguin Rewritten team as phishing, as well as re-enforcing their recommendation never to input your password anywhere other than the game.

These are my personal CPPS Safety Tips, and it is safe to say that Club Penguin Rewritten is undoubtedly the most secure private server currently: 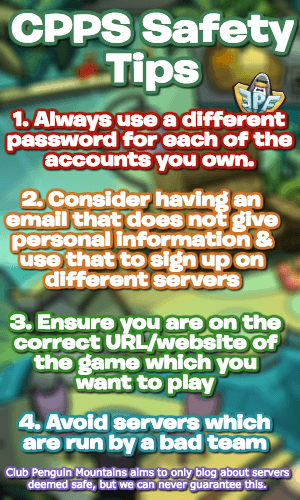 The team also stated that they are planning lots of “activities” for the game, especially since Summer is approaching! The Puffle Party and the Medieval Party are both confirmed to return, which is very exciting!