A fantastic new Stage play, Norman Swarm has been Transformed, is now available on Club Penguin Rewritten, and it’s filled with lots of amazing designs, pins and items.

In order to enter the Stage though, you’ll notice it’s a bit tricky than normal! You’ll need to try entering through one door from the Plaza, and then actually waddle in through the other door. Alternatively, just teleport. 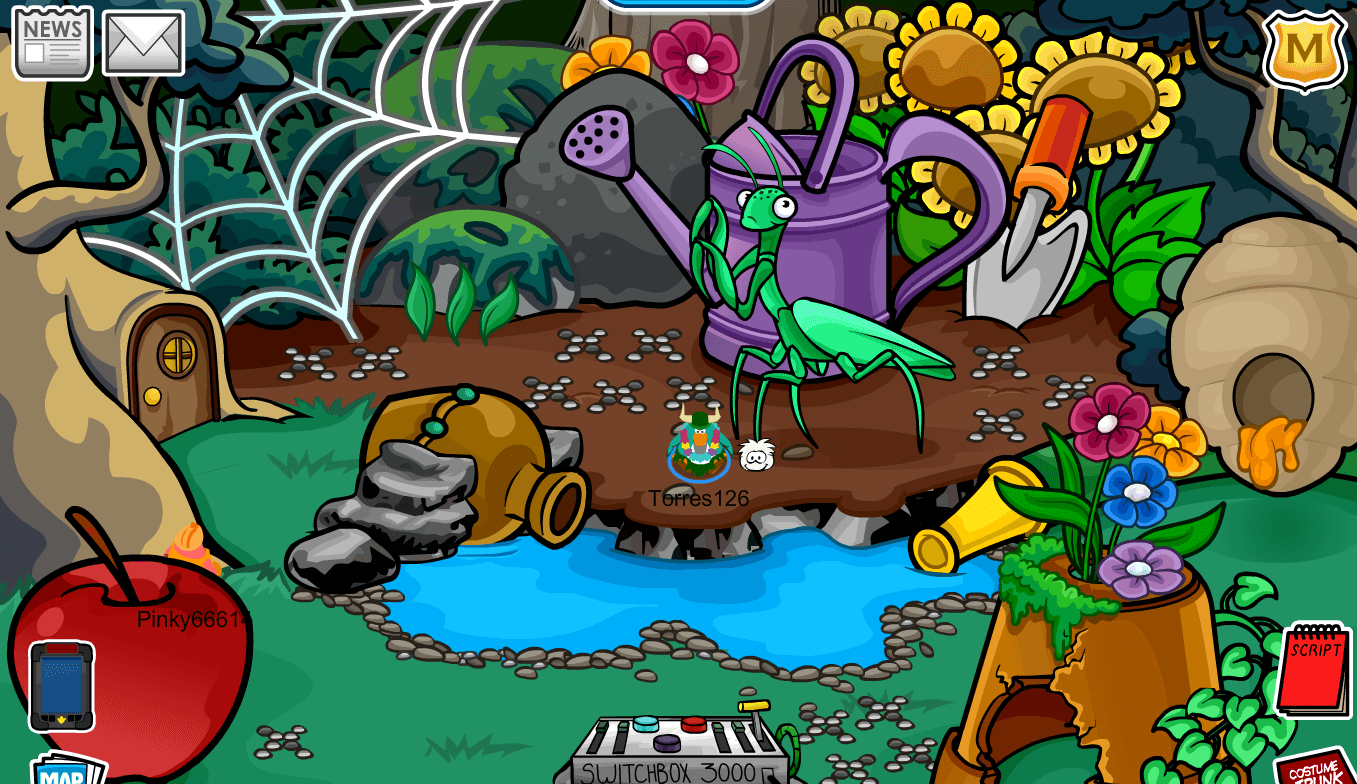 The set looks absolutely beautiful, but there’s a lot more than just this! At the back, near the rock, you’ll notice a few crosses, which can unlock the other section of this play.

You’ll need several people standing on the crosses, and at least one person wearing a bug costume which can be found in the Costume Trunk, such as a snail. The rock will then slide to reveal a path! 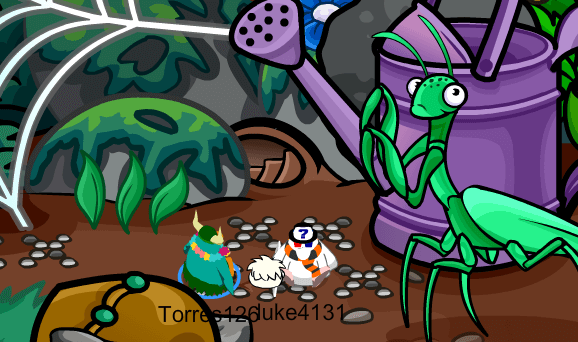 A new location! The mystery doesn’t stop there though, there’s still a pin which you can obtain. This time, you’ll notice some crosses near the river and opposite the chest.

Once again, have a few people stand on each cross along with a bug from the Costume Trunk (eg. snail) and the chest will open! 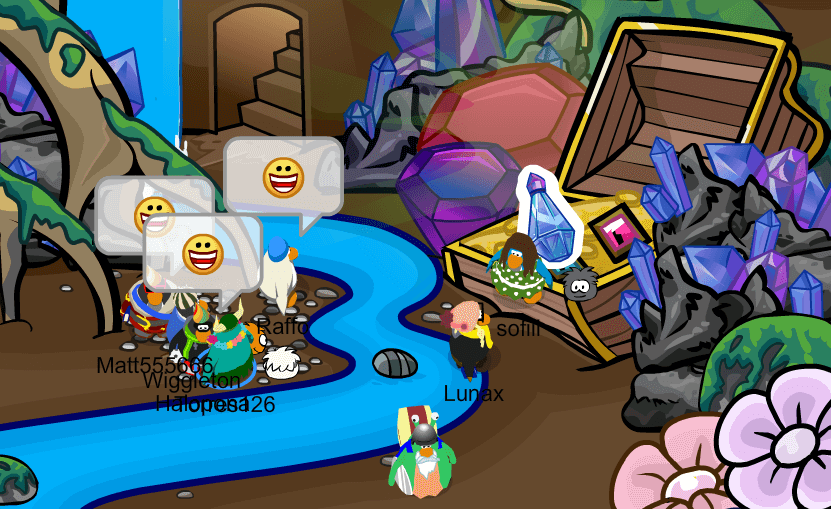 It will reveal the Magical Phial pin which looks awesome! You can then click it and click “Yes” for it to be added to your stampbook and your inventory.

Be sure to grab it before another Stage play returns though! 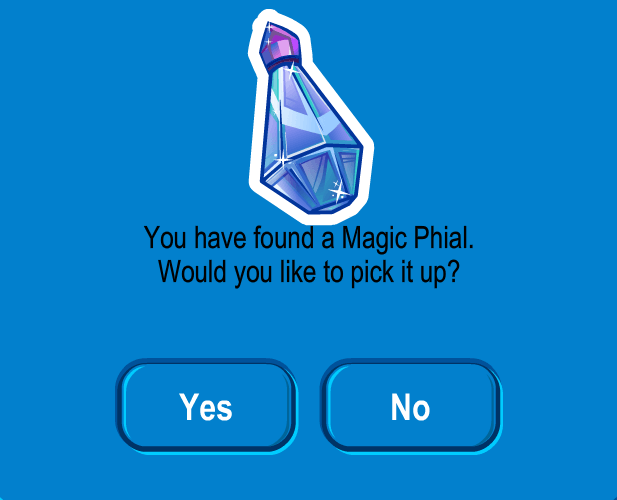 That’s not the only thing new in this Stage play though, a whole new amazing variety of costumes are in the Costume Trunk!

There are no secrets in this catalog, but there are lots of awesome items. 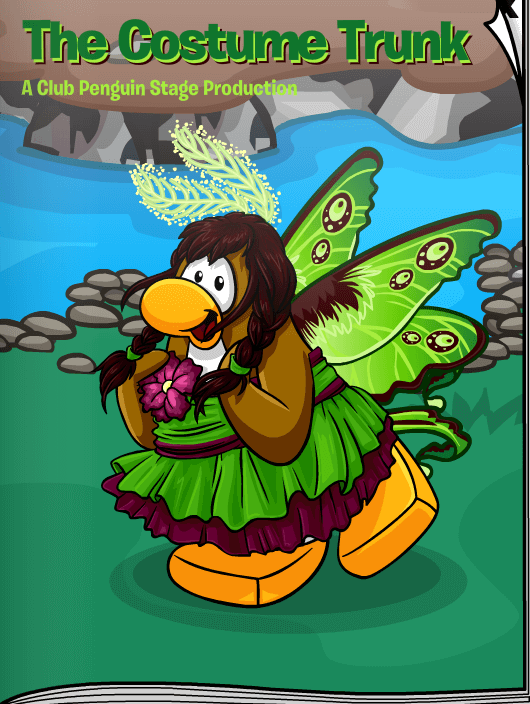