A new Better Igloos catalog has been released on Club Penguin Rewritten, filled with lots of summer items, plants and decorations for the Island Adventure Party later this month! 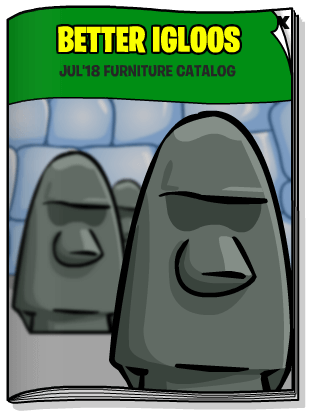 As always, in this post, I will be sharing all the secrets/cheats inside the catalog! A blue circle/red arrow represents that a secret is hidden there and the image next to it is the item which you can get by clicking there.

Page one contains four secrets, which is the Life Boat and the Stone: Column Ruins, Wall Ruins and Arch Ruins. 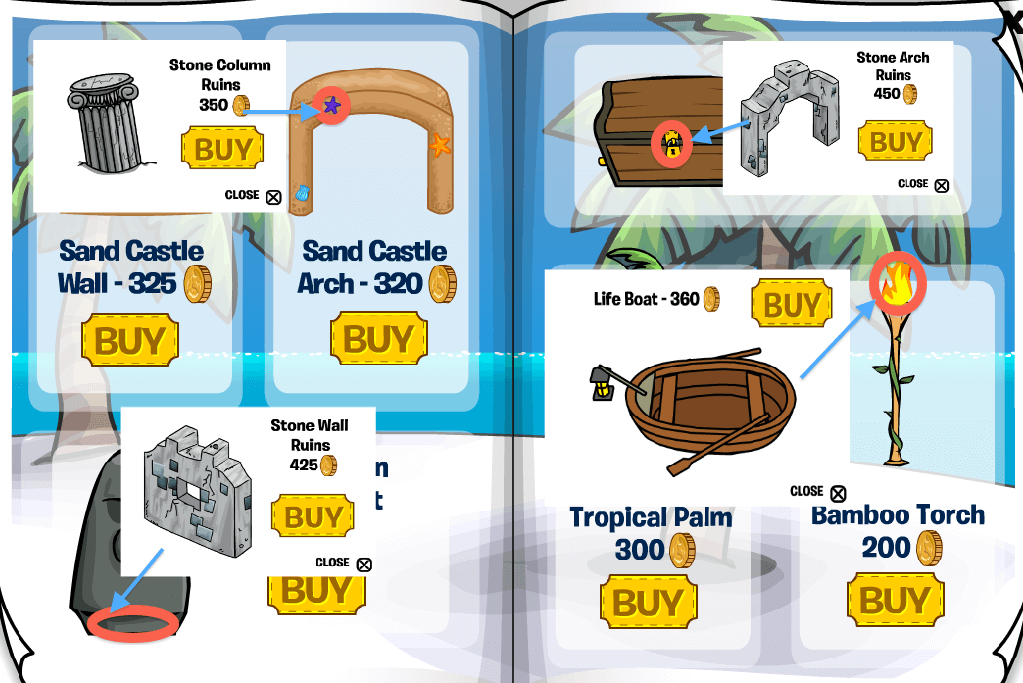 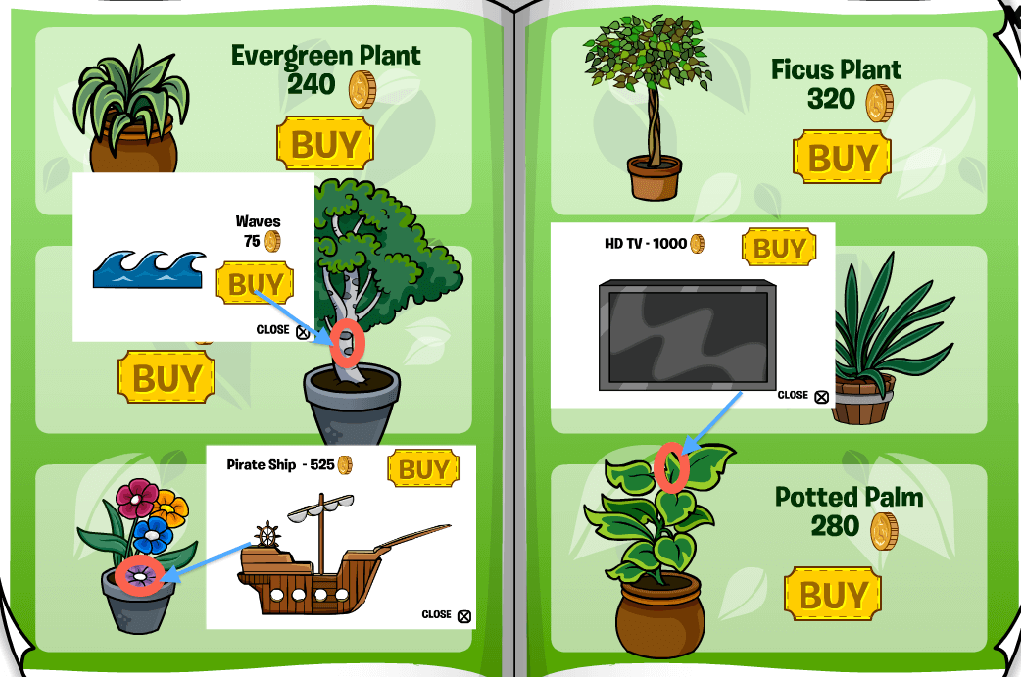 Page three contains a further three secrets, which are the Surf Beach Towel, the Folding Chair and also the Beach Umbrella. 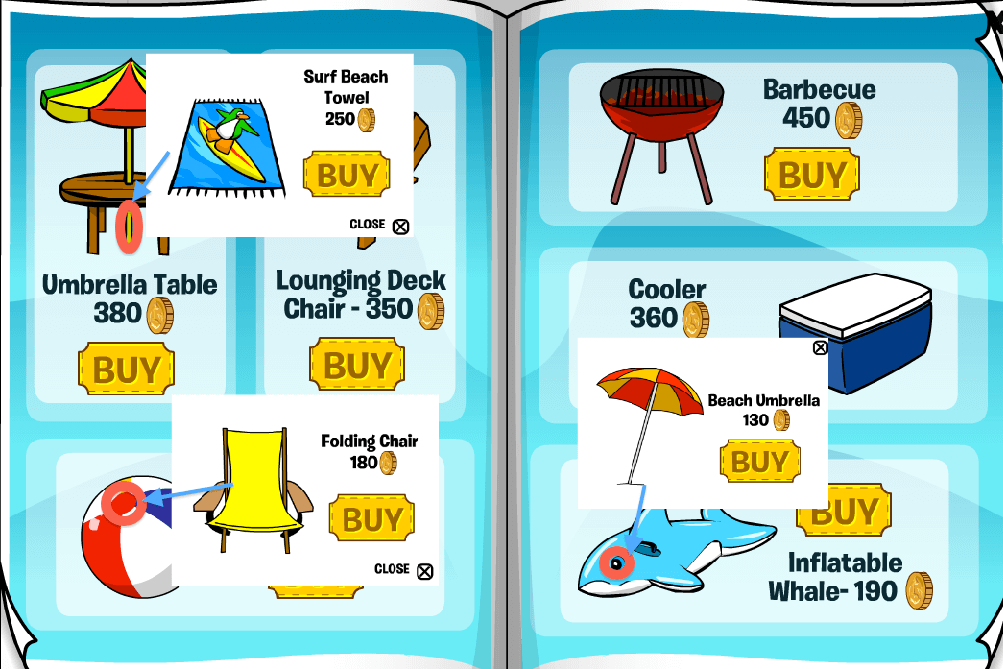 If you’re looking for the secrets to other parts of the catalog, you can click these links to find them!