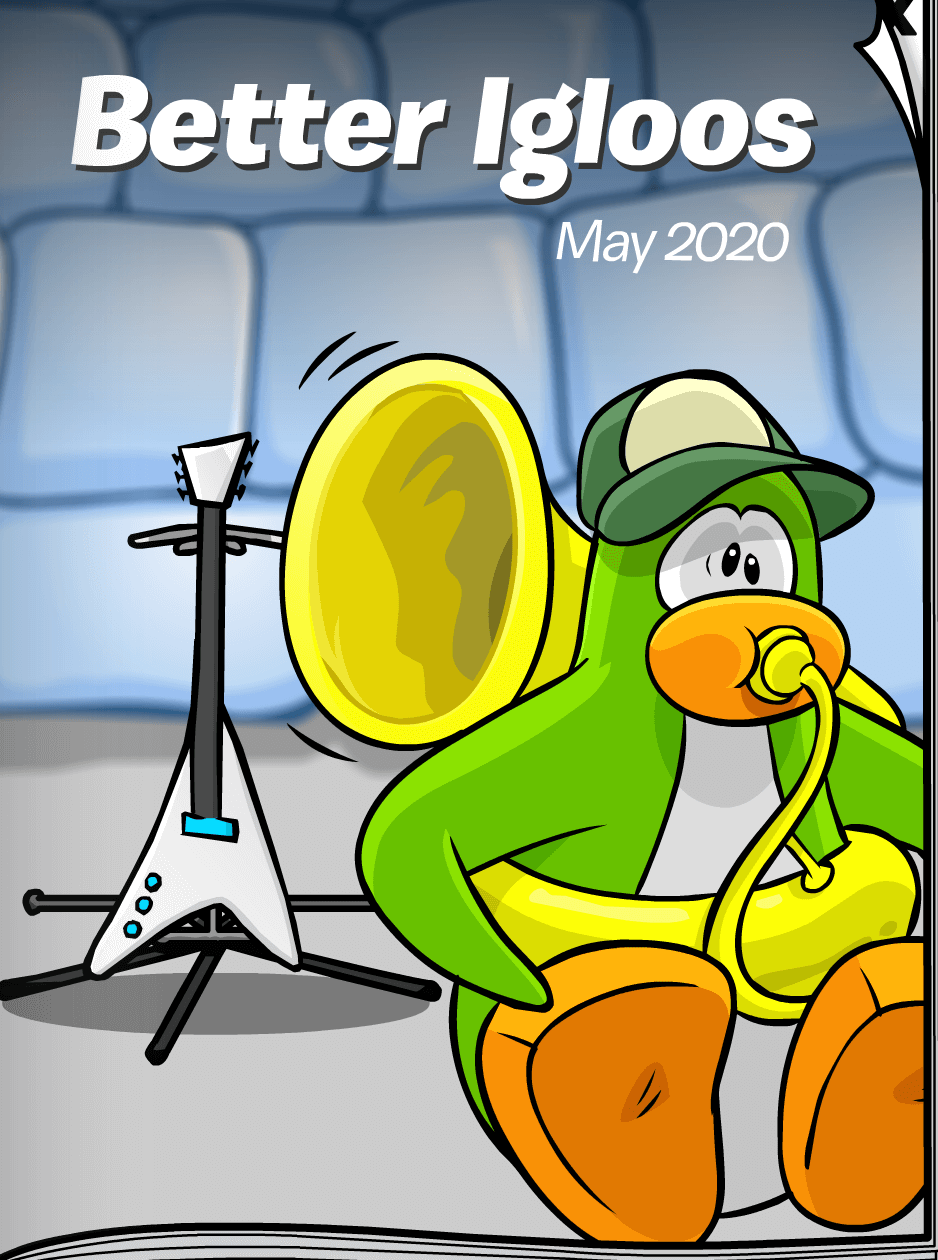 A new Better Igloos catalog has been released on Club Penguin Rewritten, filled with a variety of laggy items, such as flares and lasers, once again indicating a Music Jam later this month!

As always, in this post, I will be sharing all the secrets/cheats inside the catalog! A circle and an arrow represents that a secret is hidden there and the image next to it is the item which you can get by clicking there.

Page one contains the Drum Kit, CD Rack, Guitar Amp and Microphone. It’s also possible to access several different combinations of the Jukebox. To do this, you must click the dials in order, going from top to bottom as shown on the image below.

Page three contains the Confetti Blaster, Musical Motif and Single Flare. Yes, using many of these with animations will cause some massive lag…