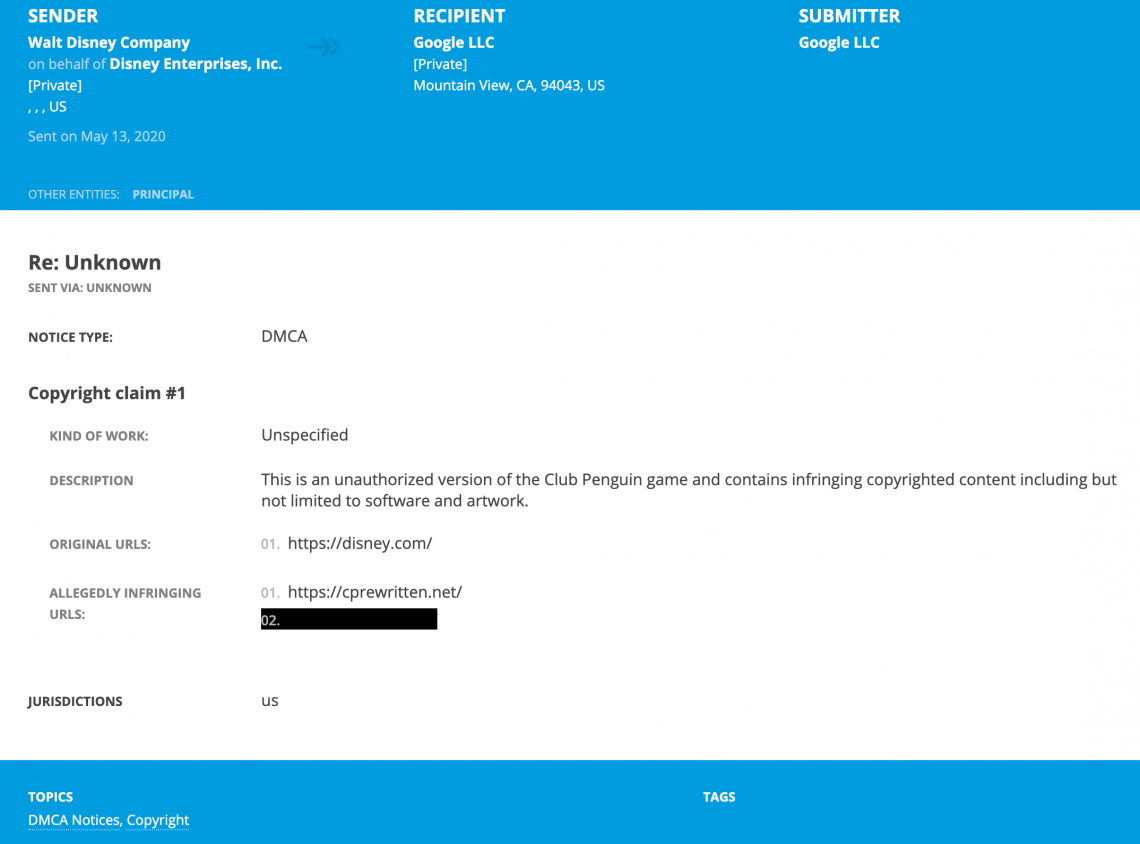 It has widely been speculated that Club Penguin Rewritten has been hit with a takedown notice, following the events earlier today. That has now been confirmed in an image circulating widely around the community.

However, I actually wanted to make this post to clarify a few things about this image. Although it does confirm Club Penguin Rewritten is one of the servers Disney is pursuing, it does not necessarily mean closure – and once again, I should stress, it is being denied by the team that closure is imminent.

Firstly, the recipient is Google, not the site’s hosting service. SuperCPPS similarly stated that they were not contacted by their host either. This does mean that Club Penguin Rewritten might not need to close, especially as resolution is possible to these DMCA requests, though that seems unlikely.

It remains unclear if the team intend to resist the takedown, as SuperCPPS has done, or follow the lead of other private servers and announce closure. I sincerely and profoundly hope it is the former, but only time will tell.

Once again, I will keep people updated as I know this is something concerning many, including myself.

Leave a Reply to :( Cancel reply