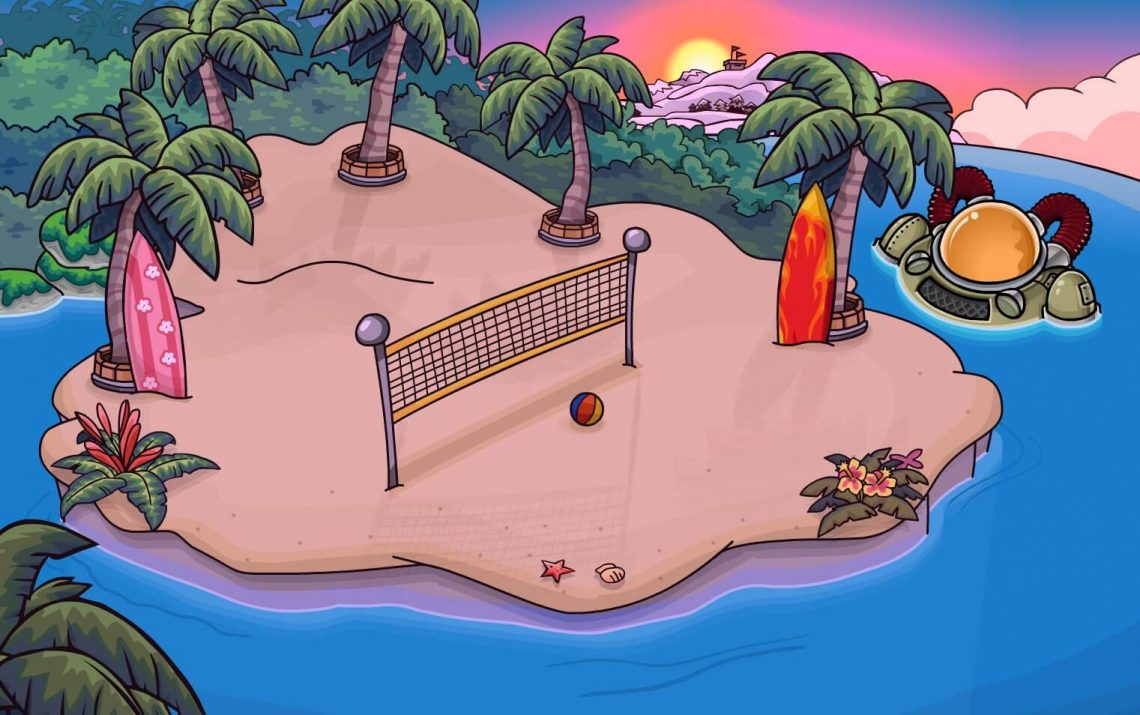 The Music Jam has already begun on Club Penguin Rewritten but as you may be aware, it was delayed for quite a while. In that period of time, Tim and Emma both resigned from the game, but were previously working on the party. As minimal amounts of their work were used after their resignation, they decided to share it with the community!

Some of the rooms created look absolutely stunning! It should be noted that not all were complete, but I especially love the look of the Iceberg and Town with the water running through it and the tropical vibes.

More than that, a clip was shared detailing some of the design process behind the rooms which you can see above!

It’s really cool to see how these rooms come to life. The whole island looks stunning in those photos, but the map was also shared. It depicts the water travelling from the waterfall in the Snow Forts through the Town, which would’ve been a nice detail.

You can see it in comparison to the final version below.

The other major aspect of this party which appears to have been scrapped was the Interactive Concert! You may recall it being mentioned in the special Music Jam promotional page a few weeks ago.

As part of that, a special interface was developed for the party where you’d be able to unlock a new item each day and check when the next performance was at the Snowball Dome.

On the screen below, the lyrics to the songs would appear. However, the mascots also had different animations. For example, Cadence and the Penguin Band would’ve been lowered down onto the stage before Ghost Just Wanna Dance began, as you can see in the image on the right.

As part of the concert though, there were a lot of flashy effects planned, such as potentially a variety of lights. This could be damaging for accessibility purposes, to the team designed a notice warning people about the concert.

As part of the performance of The Party Starts Now, some back-up dancers were designed. Although they were given names, they wouldn’t be properly meetable characters, but they were just intended to enhance the concert.

Lastly, but certainly not least, the team experimented with a series of logo to try and provide a beach vibe while also maintaining the traditional Music Jam logo style. In the end, the neon option was favoured, but here were some potential options that the team had considered.

This was a very ambitious party to us and unfortunately it [the designs above] never released in-game, but we’re glad you’re able to see what it was going to be like. Thank you for giving us that amazing opportunity.

It goes without saying that Tim and Emma did an incredible job on these designs, and although it’s a shame they probably won’t make it in-game, I’m really glad they were released for us to appreciate!