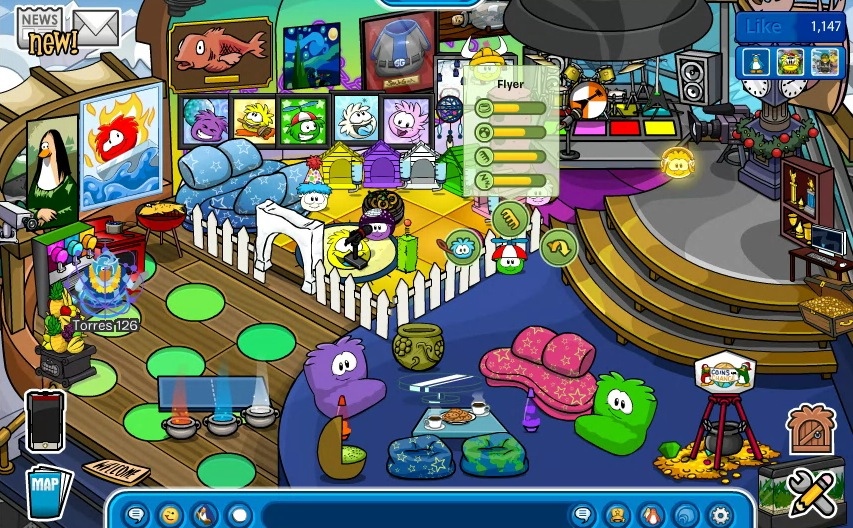 Last year, the team stated that they were considering methods to introduce Igloo Likes whilst ensuring that they didn’t become too competitive in-game. Their decision has now been revealed, and Igloo Likes won’t be displayed on the Igloo Map! They will, however, be added to the game “soon”.

Penguins, we will be releasing Igloo Likes soon due to [many] requests. This will come with a slight change: Igloo Likes will not be showing up on the igloo maps; this is to remove the competitive feel that Igloo Likes brought in original Club Penguin.

For those unclear how Igloo Likes work, on classic Club Penguin, you could press “Like” if you visited an igloo that you found nice. In the screenshot below from 2014, you can find that button at the top right.

Players could then visit an igloo to see how many likes it had, along with who liked it. It’s likely that the feature will function in a similar way on Club Penguin Rewritten when it’s implemented too!