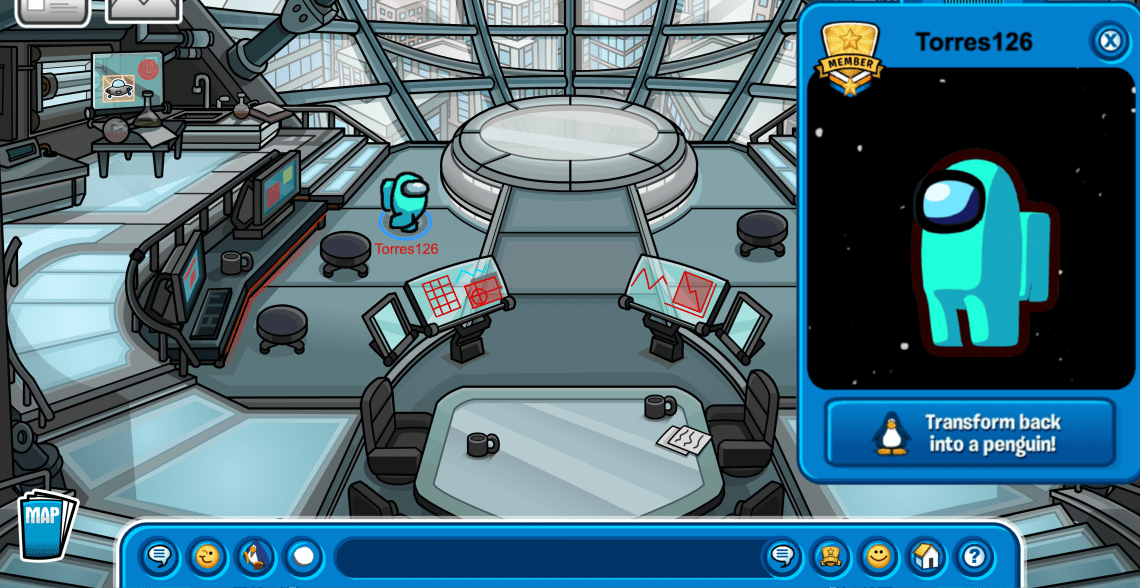 The second part of the ongoing Noir Party has now begun on Club Penguin Rewritten! Interestingly, it’s based on a popular game titled “Among Us”, which there have been previous references to before. Although it isn’t necessary to understand the premise of the game, there’s a couple of references which only people who have played it will be familiar with.

Update – 2nd April: In case it isn’t clear already, this was an April Fools prank! I hoped that it was somewhat convincing; it was pretty funny seeing so many people trying to access the vent at the Stage throughout the day, and this probably caused a bit more confusion than I originally expected. Happy April! 🌻

In order to access the new rooms within the party, you’ll need to head to the Stage, which has been converted into a jail. You then need to waddle through the vent at the top right of the room, behind the green glass!

That will take you to a new room, and your penguin will also automatically transform into an astronaut! This is a reference to the game, but you can change back at any time through your playercard. Some of the other aspects are also references to it, such as the red name.

There’s a couple of rooms which can be explored using the two staircases near the bottom, however the main items are all contained within this initial room.

There’s also two items which can be obtained in the room above:

The EVA Spacesuit strangely isn’t free, and costs 750 coins to obtain. However, it’s golden and a pretty cool one that hasn’t been released before!