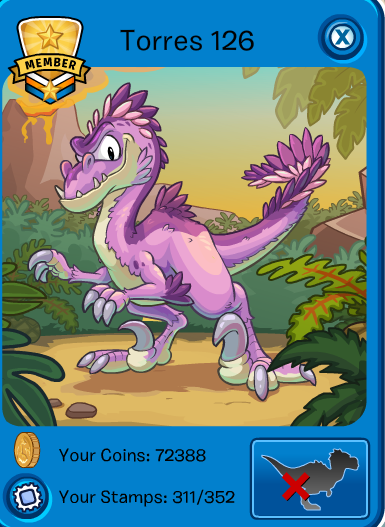 It’s been a while since any news has been revealed about the Prehistoric Party, and unfortunately, it seems to have undergone some delays. That being said, the Club Penguin Rewritten team have confirmed that they’re still working on it, and that some more sneak peeks will be released soon!

One of the more interesting things they also confirmed was that dinosaur transformations will be included in the event. These will allow penguins to turn into dinosaurs, similar to how it was possible to become a zombie or a ghost during the Halloween Party last year.

Below is an image showing an example of a dinosaur transformation when the event was held on classic Club Penguin in 2014, but there were a variety of dinosaurs at the time, and the ones included in this event might not be the same.

In addition, the party on classic Club Penguin permitted transformations by obtaining eggs through Dino Hunt, and the team have already indicated that won’t be included in the event. As such, it’s probably likely there’ll be a new and simpler method of accessing these transformations when the event begins.