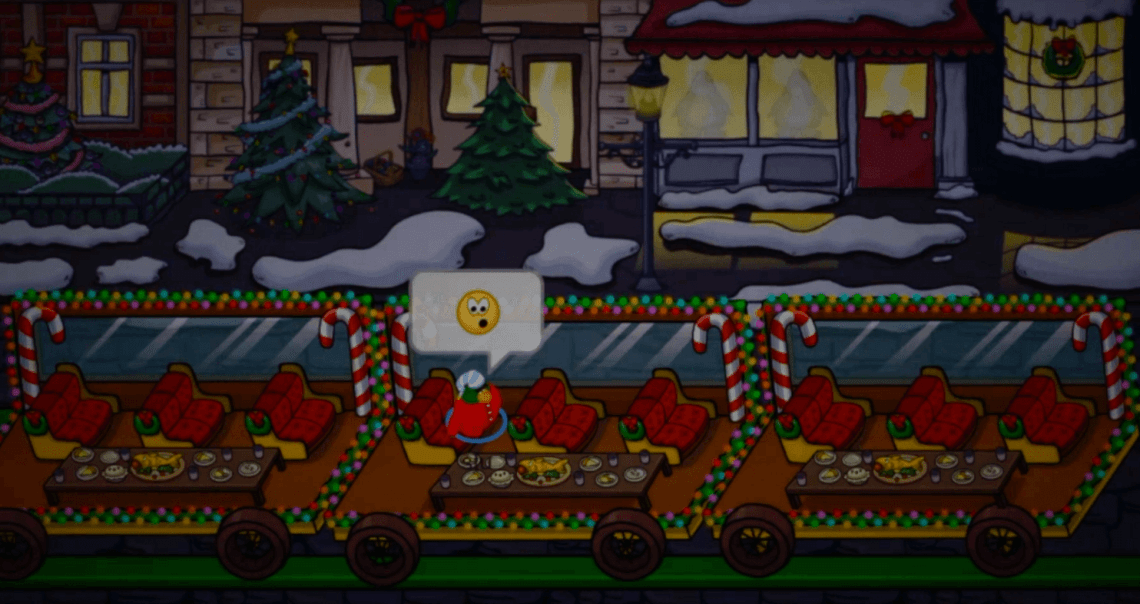 A video trailer has been released by the Club Penguin Rewritten team showing off the different aspects to the Holiday Party! Although it doesn’t cover everything, there’s two significant aspects of the party featured within it. However, before covering those, here is the trailer itself!

The first one is that cookie transformations (from the Holiday Party 2012) will be part of the event. These will allow penguins to transform into Frostbites, and the other two will probably be Reindeer Puffles and Race Cars.

The second aspect featured are the trains; the end of the video cuts to a line of buildings previously not seen on the train tracks, and that’s probably what the mysterious sketch will be. Since the video only shows it for a couple of seconds, I thought it would be worth sharing that part of the video below.

I think this looks to be one of the most exciting parties this year! The team have stressed that there are some more familiar aspects to the event which haven’t been featured in the video, but the trains at the Holiday Party 2013 made it my favourite one, so this month certainly looks promising!