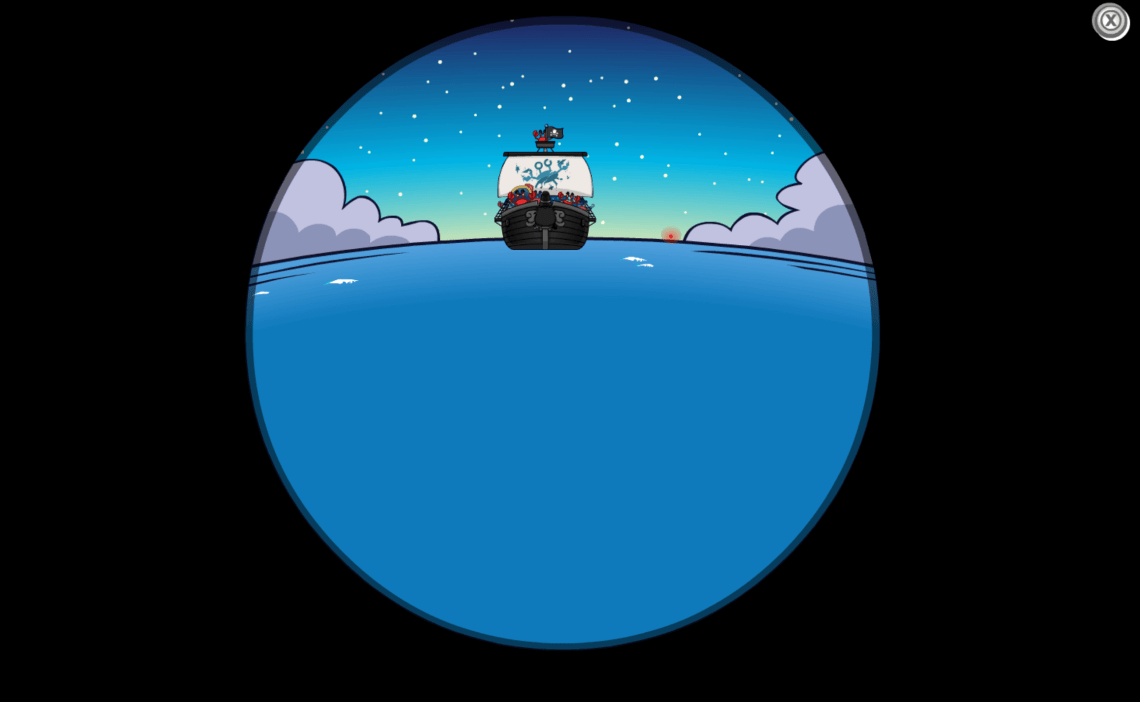 If you look through the telescope at the Beacon, you’ll notice something new which has emerged as of the most recent update! A ship similar to the Migrator appears to be approaching the island, but instead of it being Rockhopper, it’s been taken over by pirate crabs!

They appear to be sailing towards the island, but the reason is still a mystery.

In case you’re curious about the possible stories which could emerge from this, on classic Club Penguin, these pirate crabs were responsible for invading the island and attempting to steal Rockhopper’s treasure, which led to penguins battling them in the Pirate Party 2014. There’s no guarantee that the plot with these crabs will be the same, especially since that involved taking over the Migrator whereas it’s already docked now, but it could give some indication that these crabs probably aren’t here for good!

As soon as more is revealed about these crabs, I’ll be sure to let you know! Thank you very much for reading!