Starting from today, as part of our new blog, we’ll be delivering a newsletter every week or second week to our website. These Sunday newsletters will be packed with exciting Club Penguin Island content from the latest news to discussions to featuring the community to pretty much anything! We hope you enjoy our first edition! 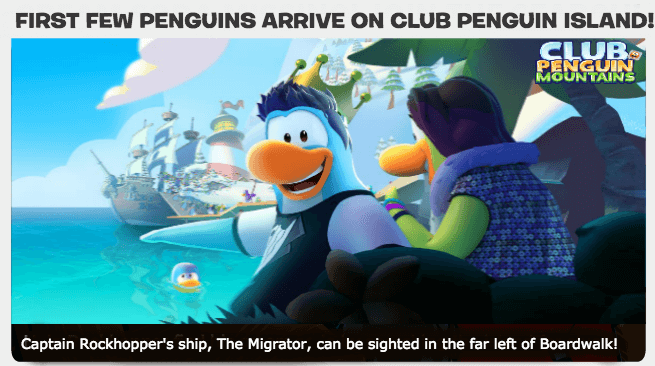 Rockhopper has successfully delivered the first few residents of the new island using the Migrator, a ship which he redesigned for this long journey! Unfortunately, it wasn’t all smooth sailing. We caught up with a penguin who told us his experience.

“I was so excited as we approached the island but suddenly geysers shot through the ship! Rockhopper instructed everyone onboard to use a cannon to escape to the iceberg before the Migrator exploded”, one penguin told us.

Aunt Arctic, island director, has informed The Club Penguin Times that the ship has been fixed after an issue with the Lighthouse. Rockhopper is currently sailing back to the island now to collect new penguins, but some of the people we interviewed are concerned that the journey is still too dangerous. 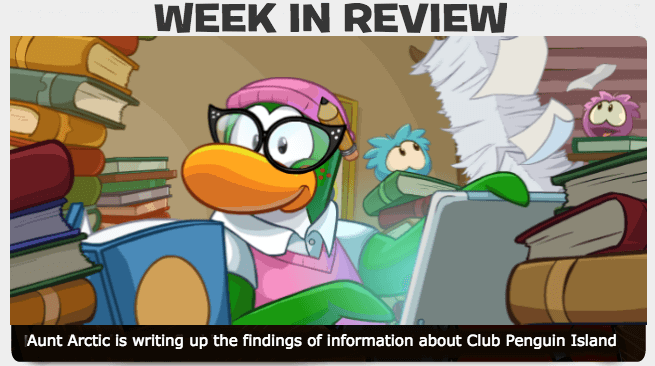 Here’s some of the most recent news we’ve heard in the past week, though there’s not been much. Click/tap a title to get more detailed information about that piece of information!

There hasn’t been much information about the new island this week but when there is, we’ll be sure to let you know! 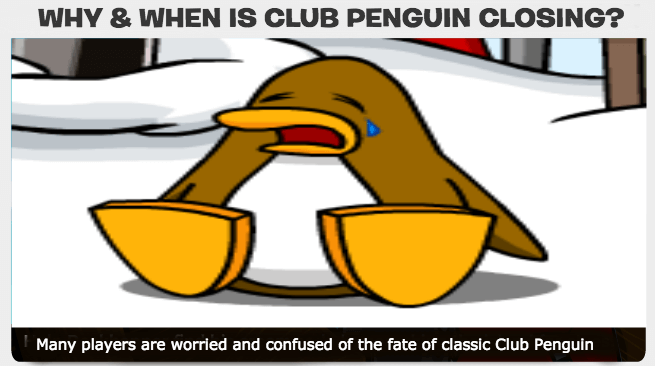 A question that has made everyone rather curious over the last few days is why classic Club Penguin has to end. In this article, i’m going to try and help explain the reason for this.

The game requires Adobe Flash to run but some major security flaws have been discovered with this program. As such, many browsers are beginning to discontinue the service and that means trouble to Club Penguin! In Megg’s own words, she said that “Flash is dying”. 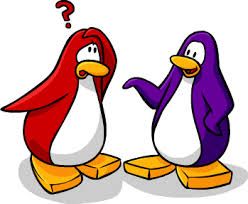 Fortunately, the team have innovated with Club Penguin Island, a completely new game which has been built from scratch in a program known as Unity. Although the game is currently only available on mobile, Unity can be used for almost any device, including desktop and even consoles. The issue is that the team still want to add to the mobile version first for they’ve had to redo everything they’ve accomplished in the last eleven years.

So if Flash is becoming less popular, when will the team finally end the game we know and love? Well, it’s hard to tell for sure, though it’s definitely going to be happening soon and almost certainly in 2017. To put this into perspective, we don’t even know if March will have a party!

I reckon that the game will close no later than May or June, but it’d be lucky to even see April. Everything has been leading up to this point, including the discontinuation of membership cards and the launch of the new game. It’s only a matter of weeks before the game is finally over and honestly, with the lack of additional content to the new game, it’s not worth keeping it alive.

Club Penguin Island is the future, whether we like it or not, for it’s a continuation of the Club Penguin franchise when the game finally closes soon.

The new game is approaching soon! Based on what you’ve experienced or seen, what would you like to see more of in the future? The results will be featured in our next edition and sent to the team!

A. That’s a very good question! As you know, the game is currently in geo-beta, meaning that only three countries can officially take part in the beta without using “alternative methods”.

It’s important to remember that the beta feedback which we give will be used to help make the game better when it launches! This means that many bugs which testers have experienced won’t be there when the game launches to help make everyone get a better experience!

Despite this, I think that an open beta should have been better so that more bugs could get squashed and so that everyone could play! After all, we’ve all been waiting years for this and I think that it would have been far better if we all go to play rather than just a few hundred of the thousands who waited patiently.

I disagree with the team’s decision on the closed beta and geo-beta, but worldwide launch is approaching fast! You can pre-register on their website to receive exclusive items when you first log in. I can’t wait to meet you on the new island!

A. Hmm…that’s a tough one! I’m committed to providing quality and safe content for all viewers, and it’s up to you to say if I do that well. Do you like this blog?

Each edition will feature a special puzzle related to Club Penguin Island, whether it be a wordsearch, a crossword, something to find or more! Today’s puzzle is a wordsearch which features some of the Sea Caves rooms. Here are the 5 words: 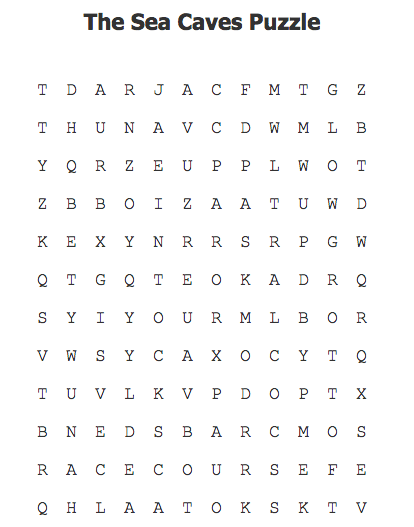 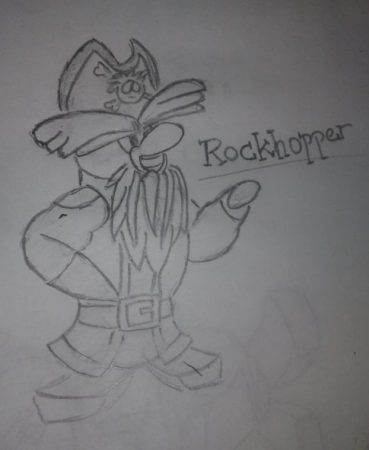 Captain J153 sent in this amazing drawing of Rockhopper! Our editors were stunned by the detail and pose of our penguin pirate! Thank you for sending it in!

That’s all for this week’s edition of The Club Penguin Times! We hope that you enjoyed reading and that you’ll want to be featured next week! Thanks for reading and have a great week!