For those confused on how to actually play, clear your cache and simply click “Time Trials”. 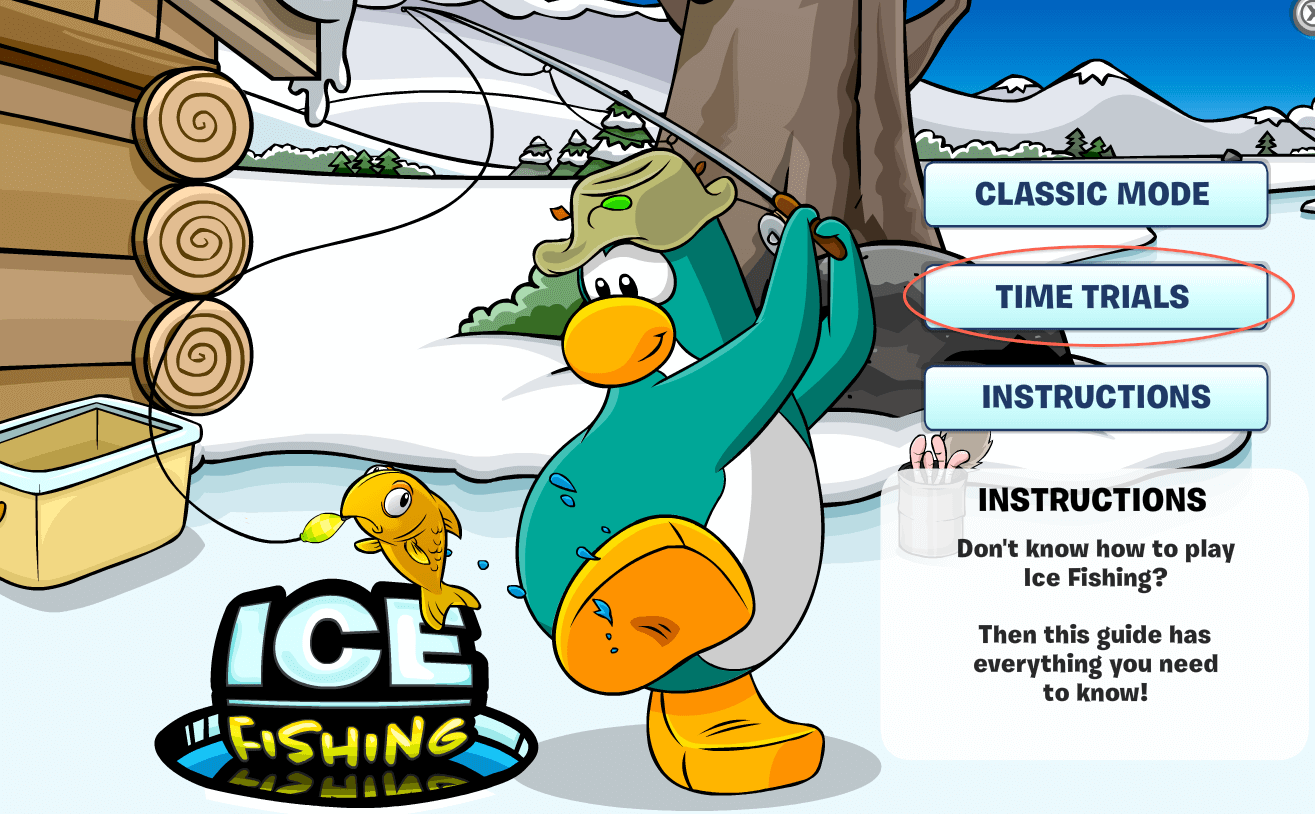 The concept is simple, it’s a new design (which can also be seen in the classic version) and you have one bait and 90 seconds to catch as many fish as possible. Each yellow fish you catch is worth eight coins but you can still use your Game Upgrade rod.

However, sharks, crabs and jellyfish will try to stop you from getting a high score. 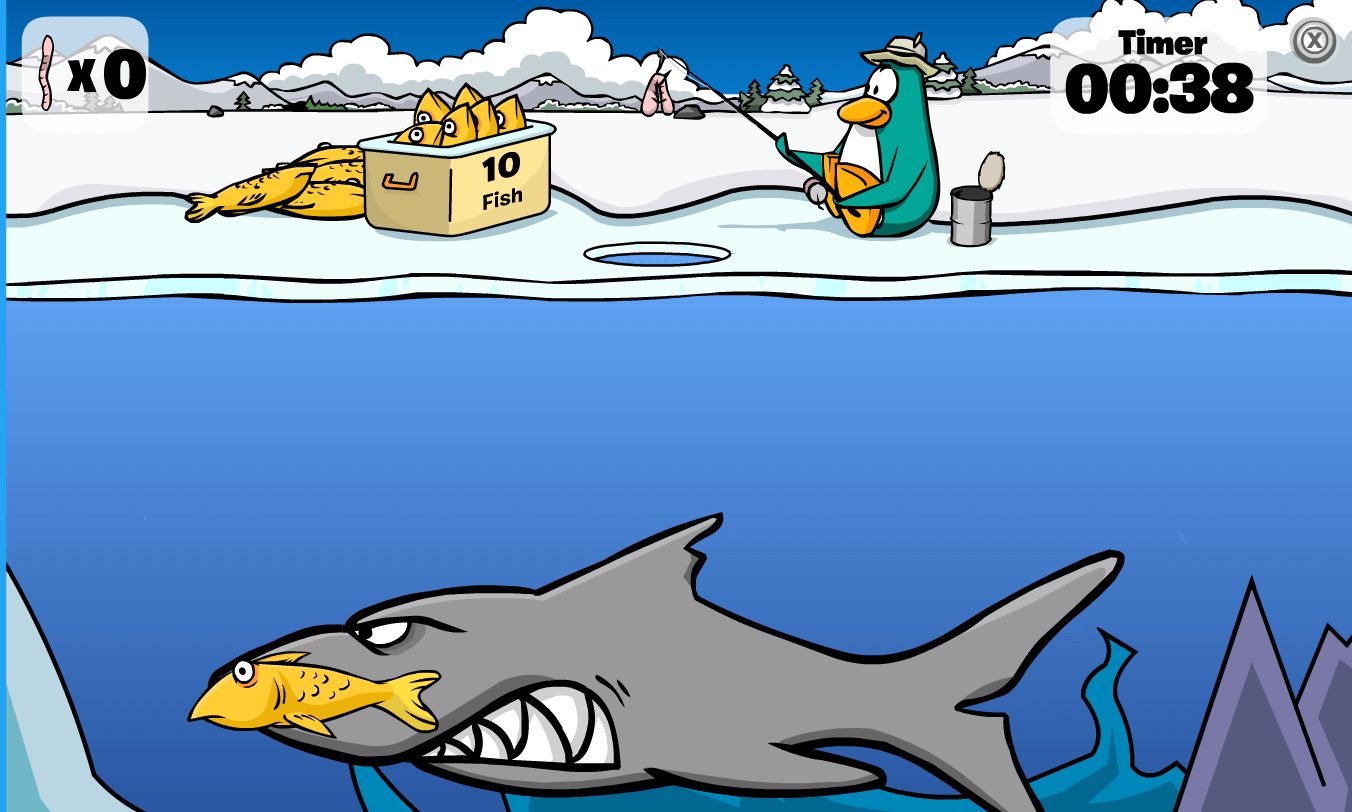 Along with this, the stamps for Ice Fishing have had their bugs fixed. There’s also three new stamps, and yes, a new purple one. The insanity stamp. That is the official name, by the way, and the idea is to catch the Grey Mullet. This is not an exaggeration, the chance of catching one is just 1%. That’s tiny!

So as you can tell, you have to be extremely lucky to get all the Ice Fishing stamps and somehow, some penguins have already got them! However, I wish everyone luck trying to obtain it.

I find the redesign really cool and it’s a nice way to introduce custom content to Club Penguin Rewritten content. Screenhog did too!

Looks good to me!

Have fun playing the new Ice Fishing mode! Remember, if it doesn’t appear for you, clear your cache. That solve everything. Thank you for reading!