Aunt Arctic is already likely to be visiting Club Penguin Rewritten this month after the newspaper revealed that the Penguin Play Awards would be the “event to leave the office for”, however there is now even more reason to suggest Aunt Arctic is confirmed to visit!

On the official Twitter account, the team stated that they have heard “Aunt Arctic might have a special appearance”, once again confirming that she will be visiting this month. 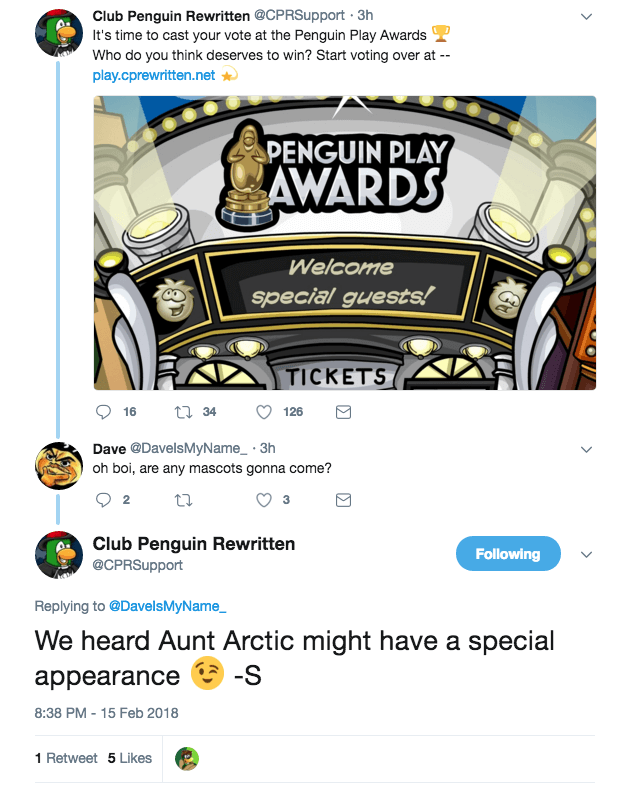 Along with this, the edition #46 newspaper also makes it seem likely that Aunt Arctic would be visiting with this paragraph, however the latest tweet confirms this. 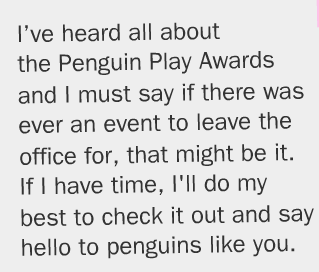 I also wish to say that previously, we reported that a moderator said that Aunt Arctic would have a “special background” for the event. This was true, however the moderator has said she was “trolling” and as such, it is not confirmed if Aunt Arctic will have a new background. However, Flippy kindly apologised on behalf of the team for this confusion.

I’m really excited to meet Aunt Arctic during this party and it would be cool if she did have a new background! Thank you very much for reading, be sure to check back for more of the latest news and guides!