The Stage has been updated with a “Closing Soon” sign, and the last ever play is now taking place until Sunday on Club Penguin Rewritten.

The Quest for the Golden Puffle, which was the winning play from the Penguin Play Awards, is now available to watch, along with a new costume trunk! 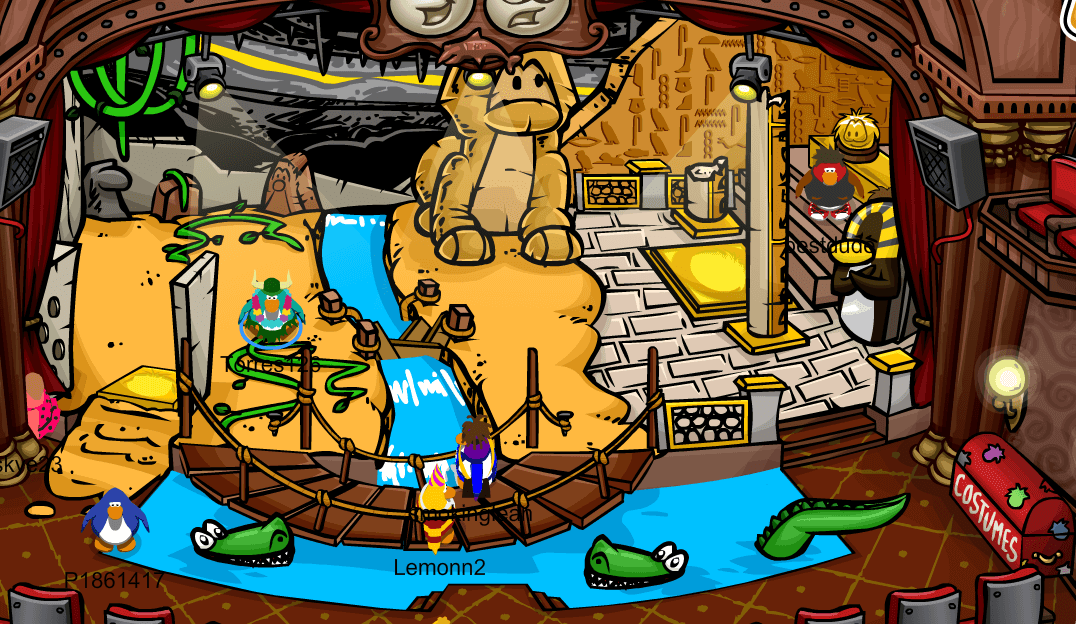 Along with this, the last edition of the Costume Trunk has been released, filled with lots of very cool costumes! These are mainly related to Ancient Egypt and exploring.

Whilst there are four pages in this catalog, there is also a secret! If you click the golden puffle on the logo of the play, you will be able to purchase the “Crook & Flail” for 300 coins. 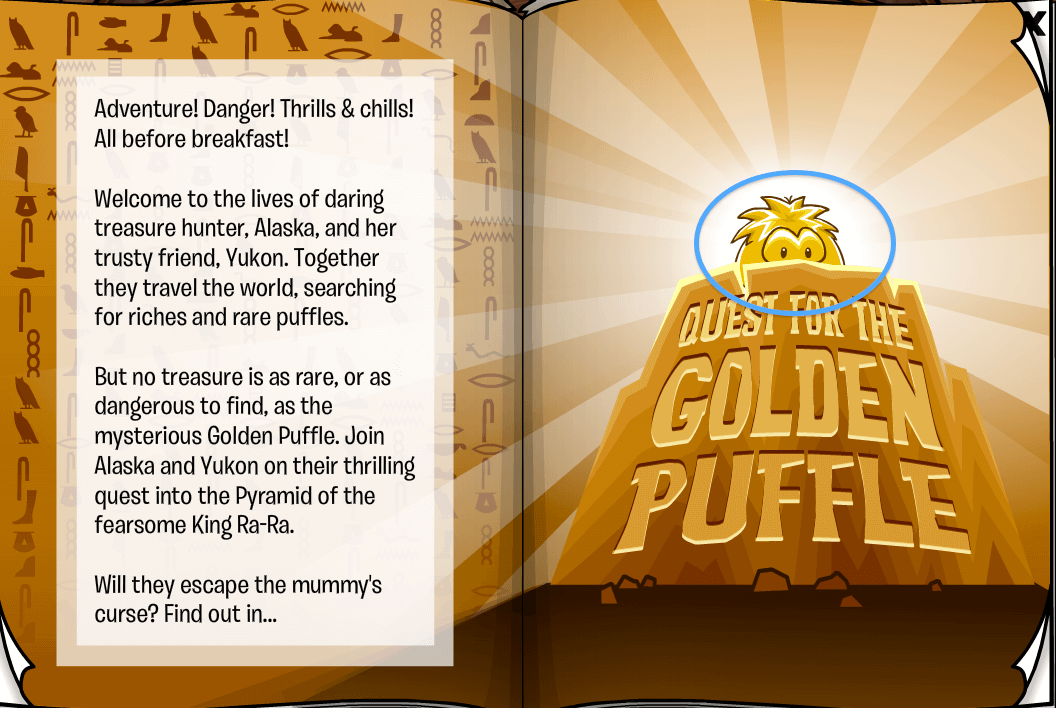 This play is really cool, but unfortunately Squidzoid VS Shadow Guy & Gamma Gal will not be returning, as the game will be ending before this could happen. I am glad that the at least one of the winning plays returned though!