Times are never confirmed for Club Penguin Rewritten parties, and the Music Jam is no different, since there has been no delay and it will be out later today!

In anticipation of the event, the team have given a small sneak peek of what appears to be the Beacon, with a couple of flags and a different colour lightbulb! 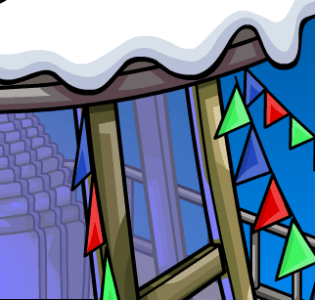 For those wondering, I did try and identify from which year this room was and I was unsuccessful. which suggests that this room is custom (exclusive to Club Penguin Rewritten) but this is not confirmed.

This morning, Joee, an administrator for the game, also revealed some exciting news about the party:

The Music Jam is so cool, you don’t even know the half of it. Big surprises in store.

This sounds very exciting, as there has already been so much revealed! Thank you very much for reading, be sure to check back for more of the latest news and guides!