A new edition of the Club Penguin Rewritten Times has been released, confirming that the Penguin Games will be occurring this month, and announcing the igloo contest winners!

For the best experience, I would recommend reading the paper online for yourself, but as always, I will summarise all the news. 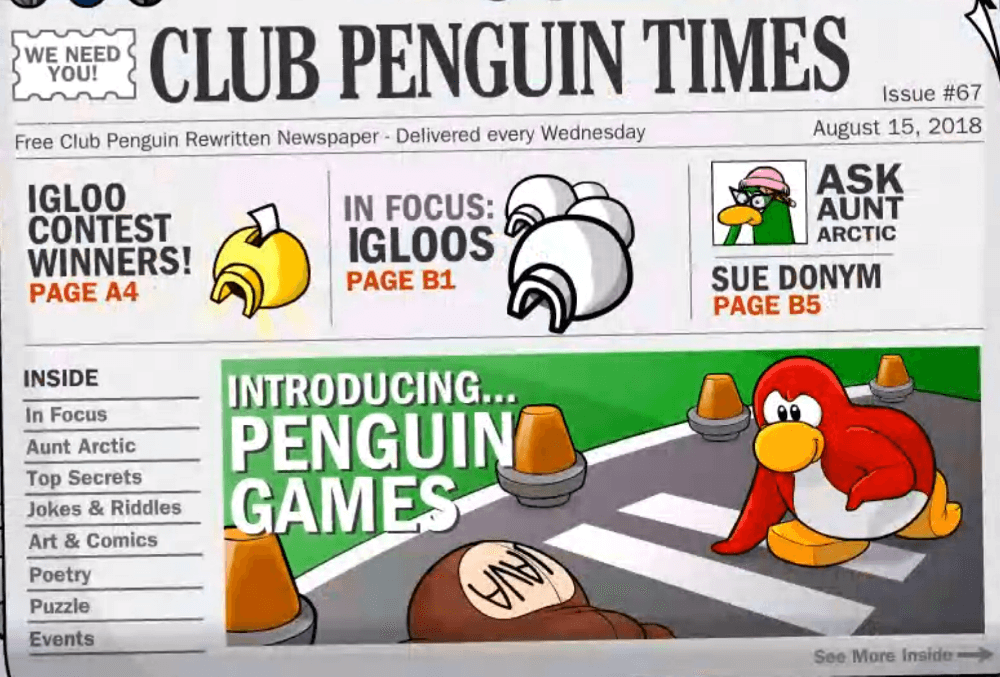 The paper revealed that the Penguin Games will be coming this month, and that we will be able to compete against other teams for rewards! This doesn’t mean that the Great Snow Race won’t be happening at all, in fact it’s very likely we will be climbing a mountain too!

The igloo contest winners were also announced, and I’d like to give a huge congratulations to those who won, you’ll receive your prizes later today. I’ll make a separate post to feature the prizes when they’re given, but if you didn’t win:

Don’t worry, you tried your best and there’s plenty more chances to win as different igloo contests happen in the near future. We always enjoy doing competitions and we looked at thousands upon thousands of submissions, it was a very slim chance for everyone so we should congratulate those that did win and became runner ups too.

As for the other updates, they sadly seem to be delayed, but a new Better Igloos & Furniture catalog will be released today, along with new igloo music and a new pin. Thank you very much for reading, be sure to check back for more of the latest news and guides!