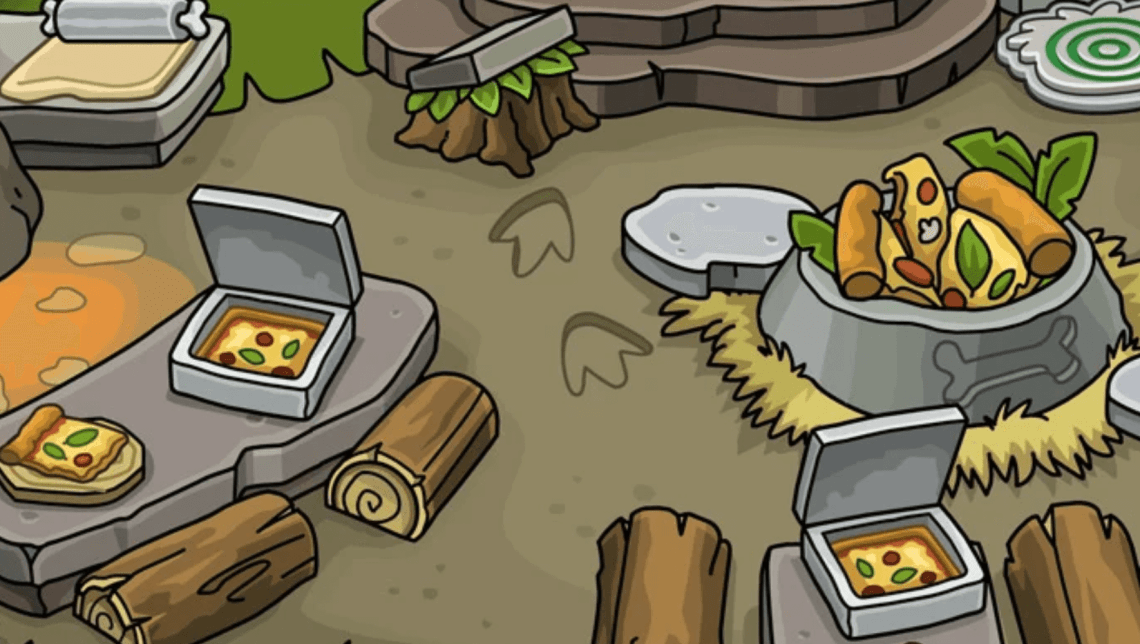 The Prehistoric Party, which was confirmed by Club Penguin Rewritten a few weeks ago, has now been given a definitive time-frame: it will be occurring in May!

The event will revolve around dinosaurs, however many of the details are still to be confirmed. The team did release a sneak peek, but even this room is subject to change; it’s possible that the reference to puffles could be omitted. It does convey the “prehistoric-style” which the event will bring, such as the more green and yellow colours.

In addition, a sneak peek was released regarding some of the furniture during the event. They include some tables and chairs themed around dinosaurs.

For those wondering, the statue reminsicient of the Penguin Play Awards will be obtainable by winning an official igloo contest held by the Club Penguin Rewritten team. Those will be held in the near future through the official blog.

I’ll be sure to keep you updated with any new information related to the party! It’s pretty rare for a party to be confirmed over a month before it occurs, so this was a pleasant surprise.