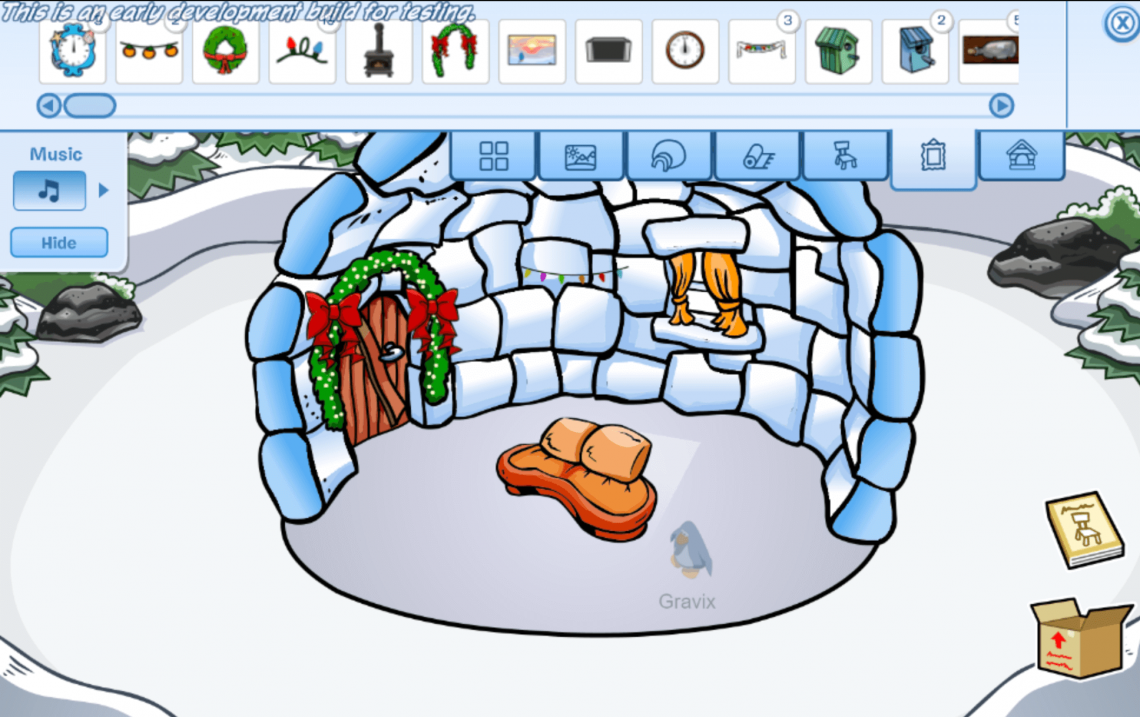 Happy August! Earlier in the week, I mentioned that I’d try to summarise all of the updates to the HTML5 version every once in a while, so I thought that’d be worth doing now since a lot has been added. As always, you can play it here.

The first big update is that Hydro Hopper has been added to the Dock! It’s the second mini-game to be on the new version, along with Puffle Roundup at the Pet Shop. The known bugs with this are the missing string, the fact your penguin colour doesn’t change, missing water ripples and transparency of the boat.

The second big update is the buddy list has been added! It doesn’t currently display your friends from the actual Flash version, but the latest update does allow you to search for friends. This means you no longer need to meet people in order to add them.

It is worth warning that it’s plausible that the Friends List could be reset before it properly launches though.

Improved igloo systems have been pledged by the team for a while now, and they have already stated that the bulk of the reform will be introduced with the new HTML5 version. A sneak peek has been released of the modern igloo system which makes decorating so much easier! You’ll also be able to save multiple igloos.

Igloo likes will be added, but unlike on classic Club Penguin, only the igloo creator will be able to see how many likes they have; they won’t appear publicly on the map.

Lastly, just a small piece of information about the transition from the current Flash client to the new HTML5 one: there will not be a farewell party for the transition. That pretty much covers all of the updates though, and I’ll of course keep you updated about new information as it is released!